CFN Cardlocks Have 4 Major Advantages Over the Competition 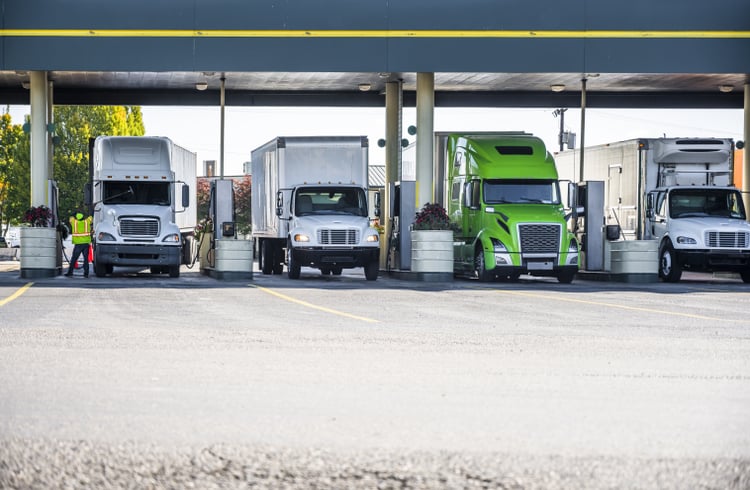 The Commercial Fueling Network (CFN) is a collection of cardlock fuel sites designed specifically for commercial fleets. As such, these locations offer several advantages for businesses that other stations do not offer. These advantages range from discount prices to locations designed for larger vehicles. For many of these locations, you can only access with your CFN fuel card. Below, we cover four of the biggest advantages you can expect when using these sites.

These sites do not include the high markup experienced at retail sites, but instead base their prices on wholesale fuel costs. This means that the cost per gallon can be considerably lower when compared to retail sites in the same area.

Though CFN fuel prices vary by date and location, taking a look at the averages near you can give you an idea of what you will pay at the pump. Our CFN Pricing App is a wonderful tool to forecast fuel prices and find the best time to fill up! Click the CTA below to explore current prices:

For the most part, CFN sites are located in the 7 western states of the U.S. (California, Oregon, Washington, Nevada, Arizona, Idaho, and Utah). In these states, stations are plentiful and conveniently located along highways and major metro areas. The ease of finding CFN cardlock fuel is obvious when you compare the number of trucks stops throughout the state. See the table below for a state by state comparison:

As you can see, there are nearly 4 times more CFN locations than there are truck stops in the 7 western states. This is because truck stops are usually only located off major highways, not in major metropolitan or industrial areas.

Find CFN locations with our maps →

To further aid commercial fleets, these stations are designed with large vehicles in mind. Lanes are generally larger to accommodate wider turning radiuses, and stations are designed so that clearance heights aren’t usually an issue. Stations also have high speed fueling so that vehicles with large tanks can fill up quickly. Many also have satellite pumps, so trucks with multiple tanks can fill both at the same time.

Most CFN sites also have much less traffic than retail locations. This is because only members are able to access the sites to begin with. Since CFN cards are only issued to commercial fleets, there is significantly less traffic, and cars and personal vehicles are virtually eliminated. This not only allows drivers to purchase fuel quickly, but also helps to avoid accidents.

Despite the ease of access, these sites still maintain some of the features you would expect from retail gas stations. Drivers can pay at the pump, so purchasing fuel is quick and easy. Most stations also come equipped with cameras for security purposes.

We understand that commercial fleets need access to all types of fuel. Most locations offer all grades of unleaded and diesel fuel, as well as diesel exhaust fluid (DEF), bulk oil, and red dyed diesel for off-road use.

CFN fuel cards also have industry-leading purchase controls. You can restrict card usage based on time of day, transactions per day, or gallons per transactions, day, week, or month. They can also control the types of fuel available to cardholders. This prevents drivers from pumping the wrong product into a vehicle and can help prevent fraud.